I bought an old photo album in 2009. I don’t know the persons in the album and they are not identified. Most photos are from the photographers in the southern part of Sweden like Landskrona and Helsingborg. The album is not in great shape and I am not sure if it is the original photos or someone just took an album and put random photos in it.

Anyway, there is a photo taken at Geo F Riel at 339 W Madison Street in Chicago. 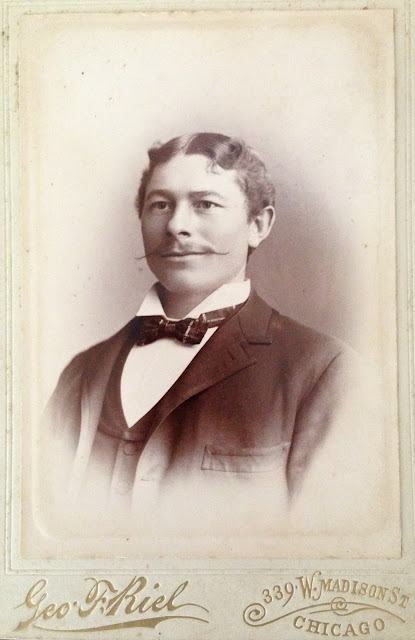 On the back it is written