The handsome young man in this photo taken at Stoner Studio, 222 Court Street, Brooklyn have some connection to Sweden. He might be born in Sweden or perhaps his parents are. 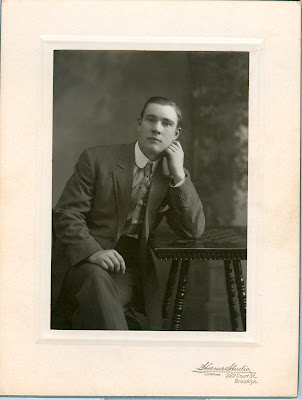