It was 1991. I had moved away from home to study computer science, a new city, living in a dorm. OMD had released thier album Sugar Tax. It was the first CD I ever bought, CDs were pretty new at the time and I had that particular album on repeat. One of my favorite songs on that album was Pandoras Box and I was a happy girl every time MTV decided to show the music video. Loved that video and that was when I first heard of Lousie Brooks. Back then it was hard to find out any information on her. Today there are plenty hits on her at Google and lots of pictures. And YouTube.

Well, anyhow, I was looking at U. S. Passport Applications at ancestry.com the other day. I did a search on Louise Brooks and I found her. Occupation: Actress. She applied for a passport in 1924, age 18. She was going to France and England to visit relatives and travel. 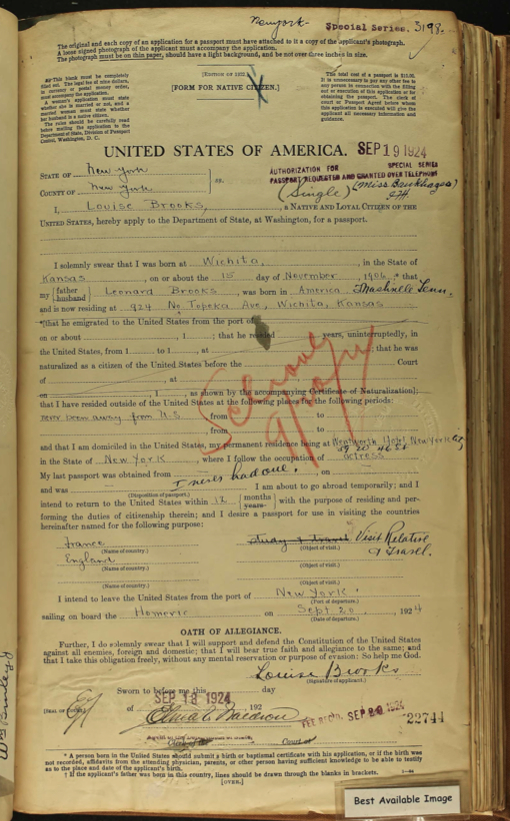 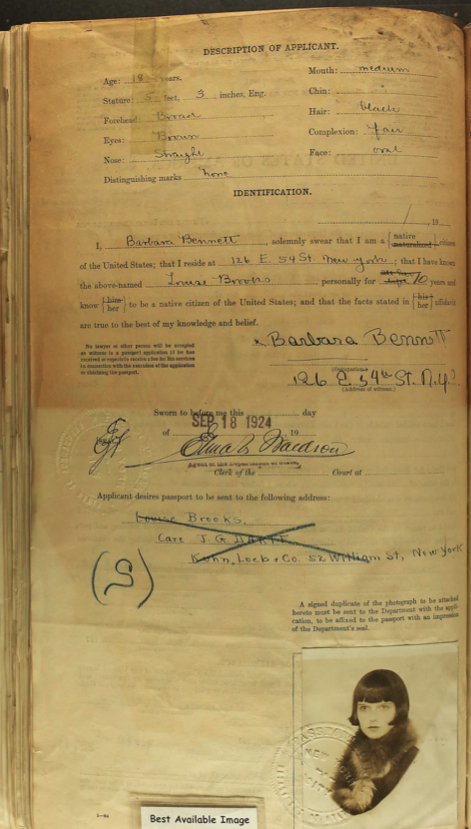