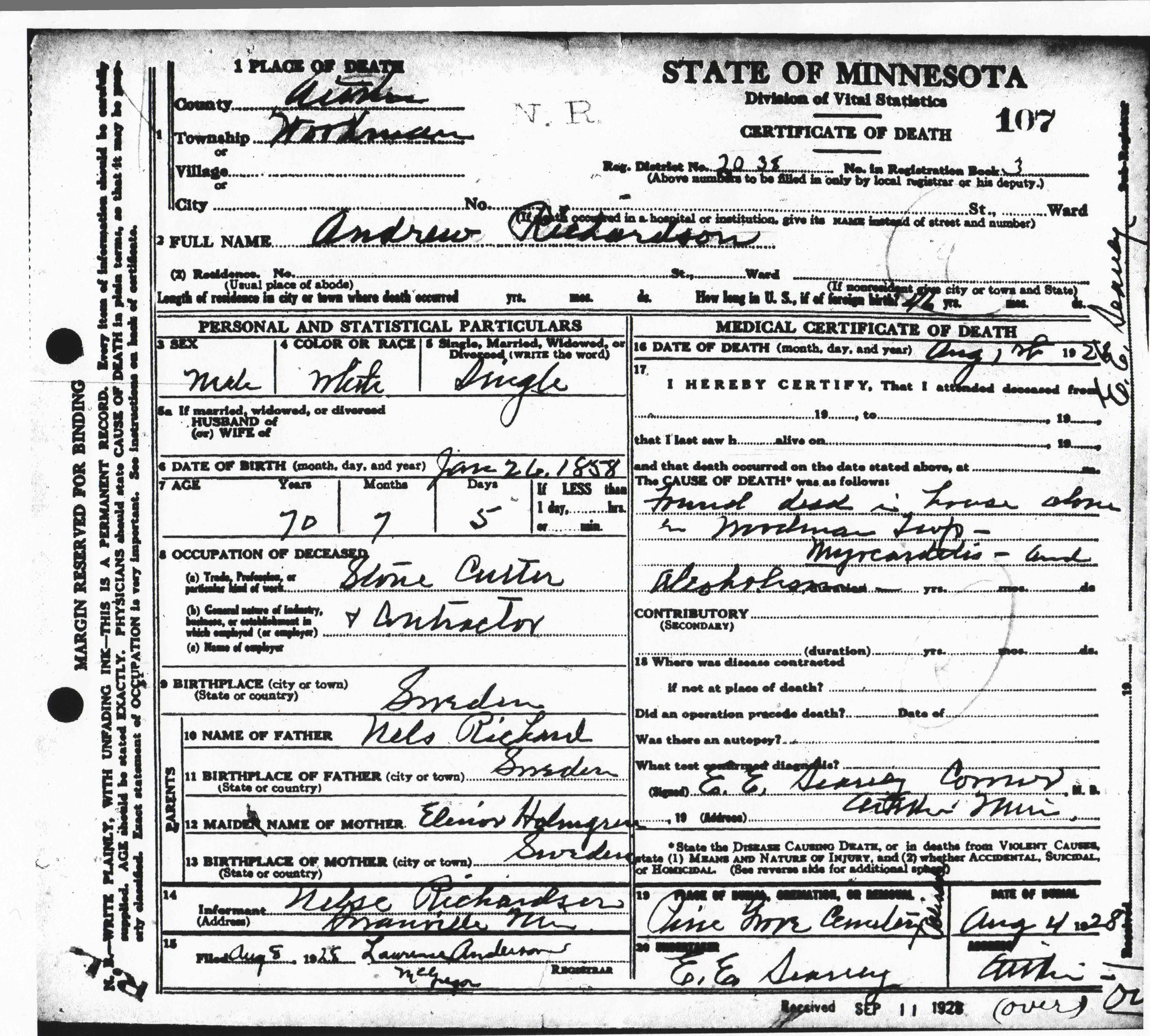 In this episode, Swedish reality show Allt för Sverige (The great Swedish Adventure) have been nominated to an international Emmy award. The winners will recieve their awards in New York on November 21.  http://www.iemmys.tv/awards_nominees.aspx

The show is popular in Sweden. Americans looking for their Swedish roots comes to Sweden where they will compete in teams and individually. After a month of competing (in contests that all have to with Sweden) and visiting different places in Sweden, there is a winner and the prize is a reunion with the Swedish relatives. Season six that was filmed during the summer will air on October 23rd. Some of the participants already have Facebook fanpages up.  http://www.svt.se/allt-for-sverige/har-ar-de-nya-amerikanerna-i-allt-for-sverige

In this episode I use Andrew Richardson as an example on how I try to find out more about a person who emigrated to the US from Sweden. From his obituary, to his death certificate I go to the CDROM Emibas. From the match on the CD, I do a lookup in the household books using the online program ArkivDigital. Since the person happens to be from the Skåne area I also do a search in the Demographical Database for Southern Sweden and from the reference in that database I know what pagenumber I will find the birth in the original birthbook using ArkivDigital again. A video tutorial describing the steps into detail will soon be available. 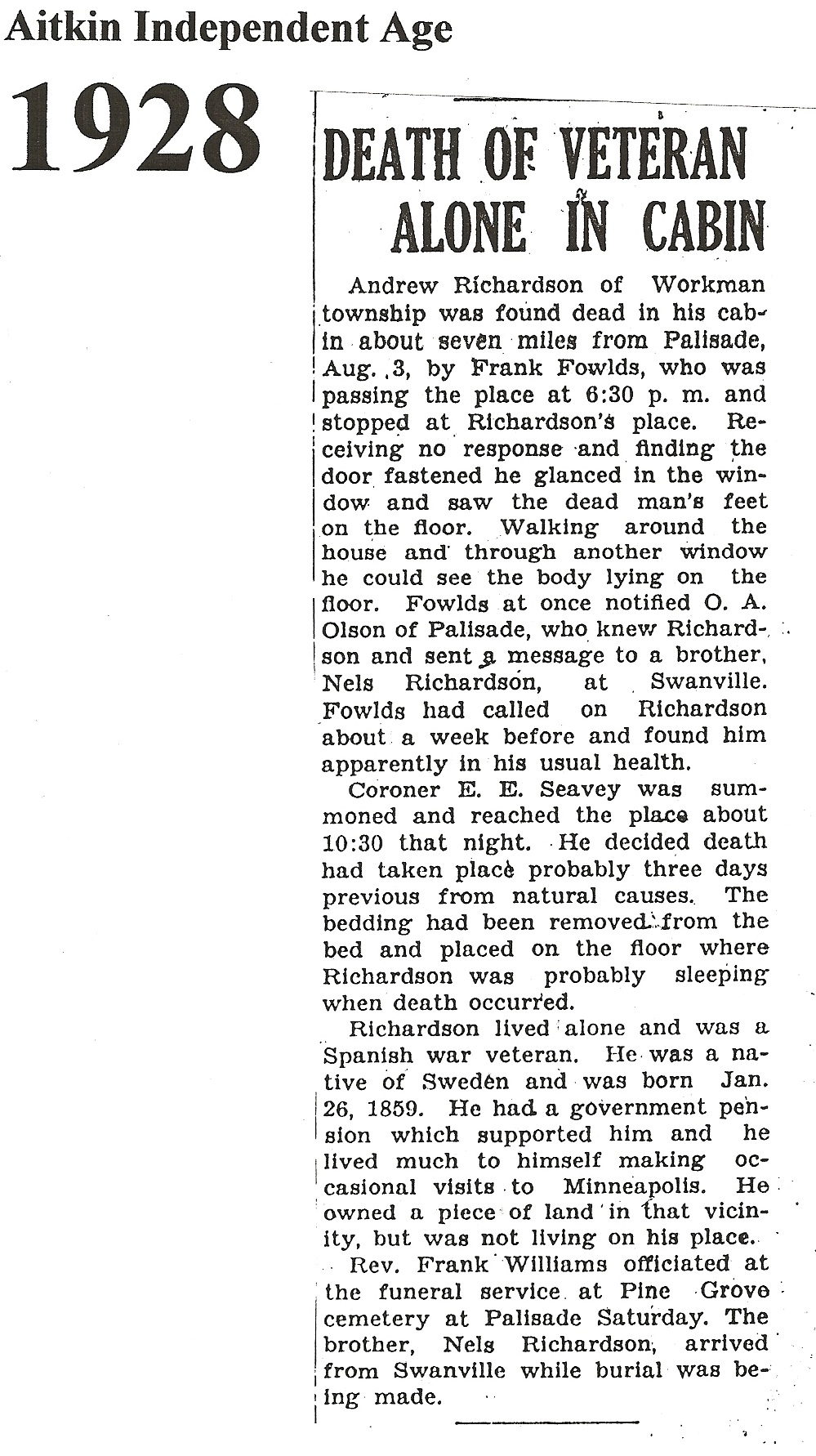 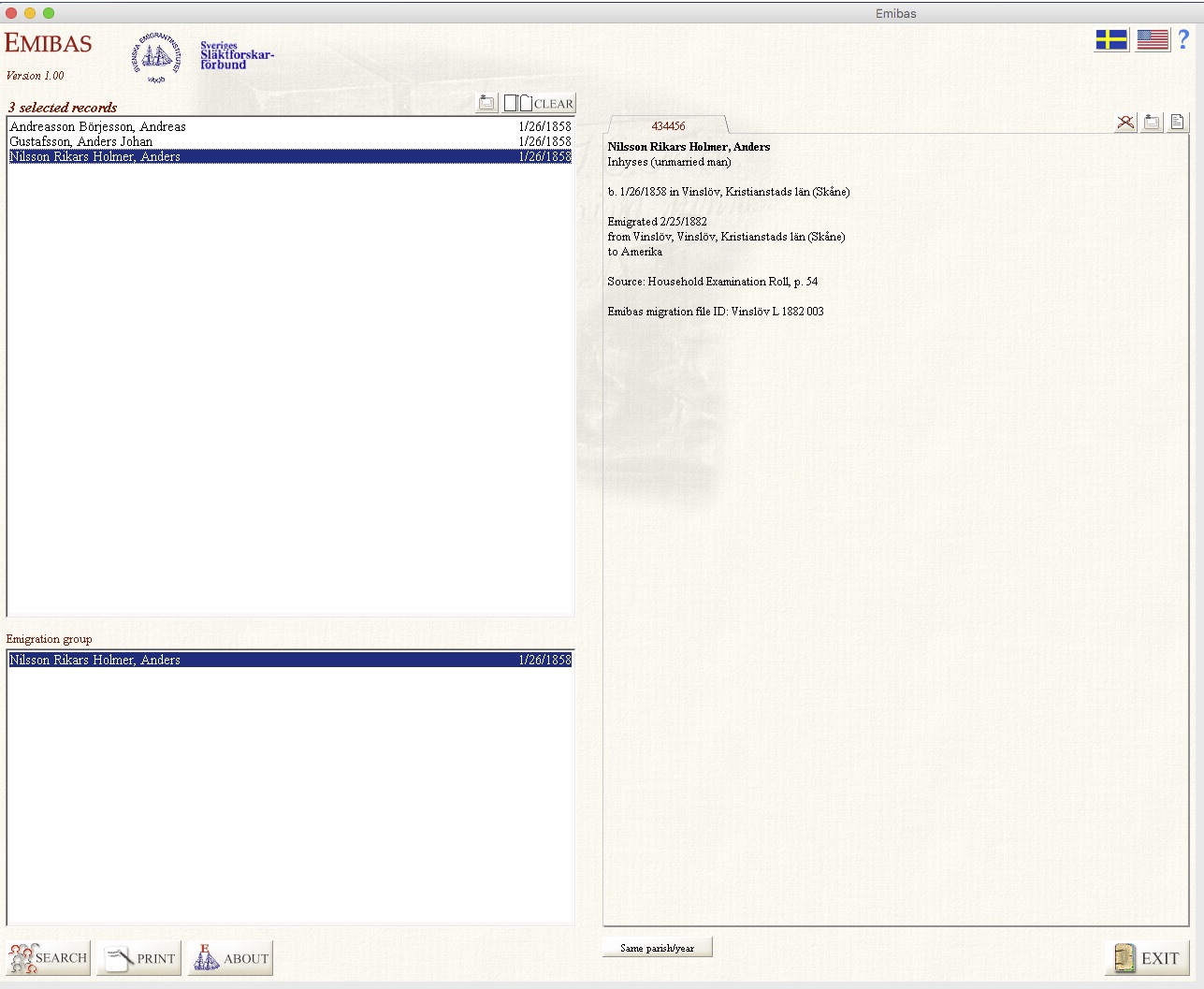 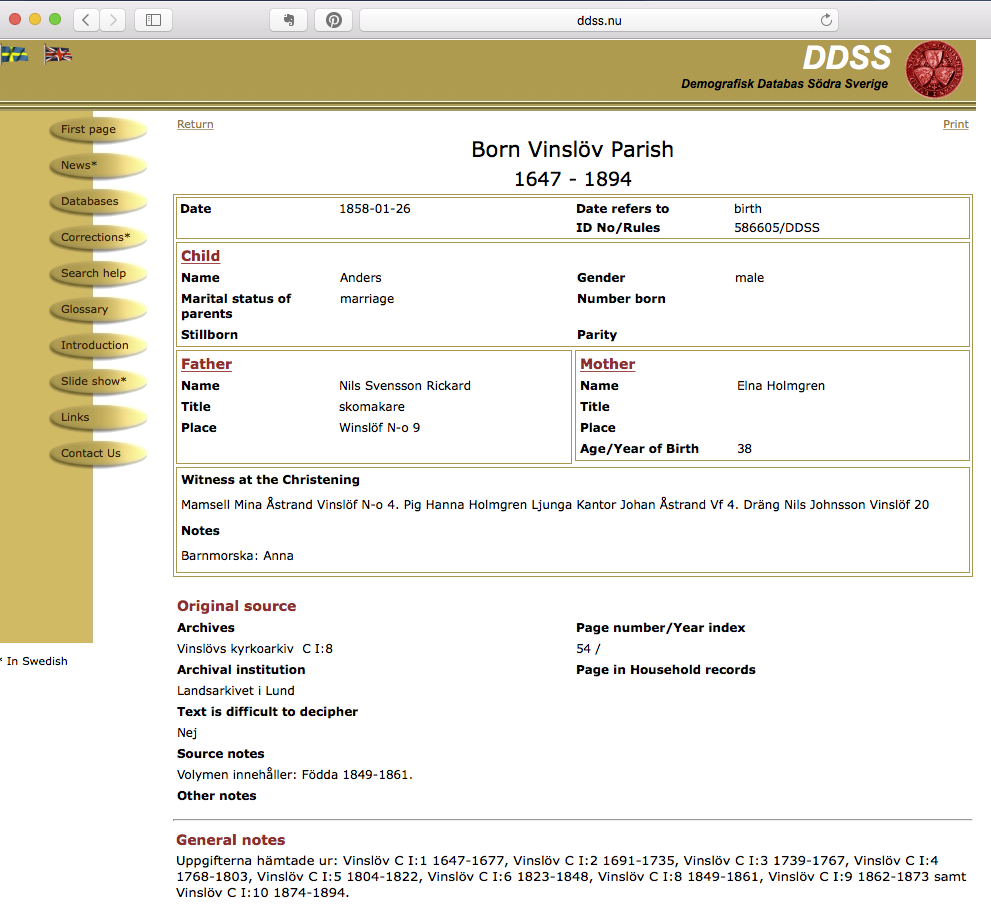 From the birth and baptism database in the Demographical Database for Southern Sweden with a reference to the birthbook of Vinslöv, page 54. 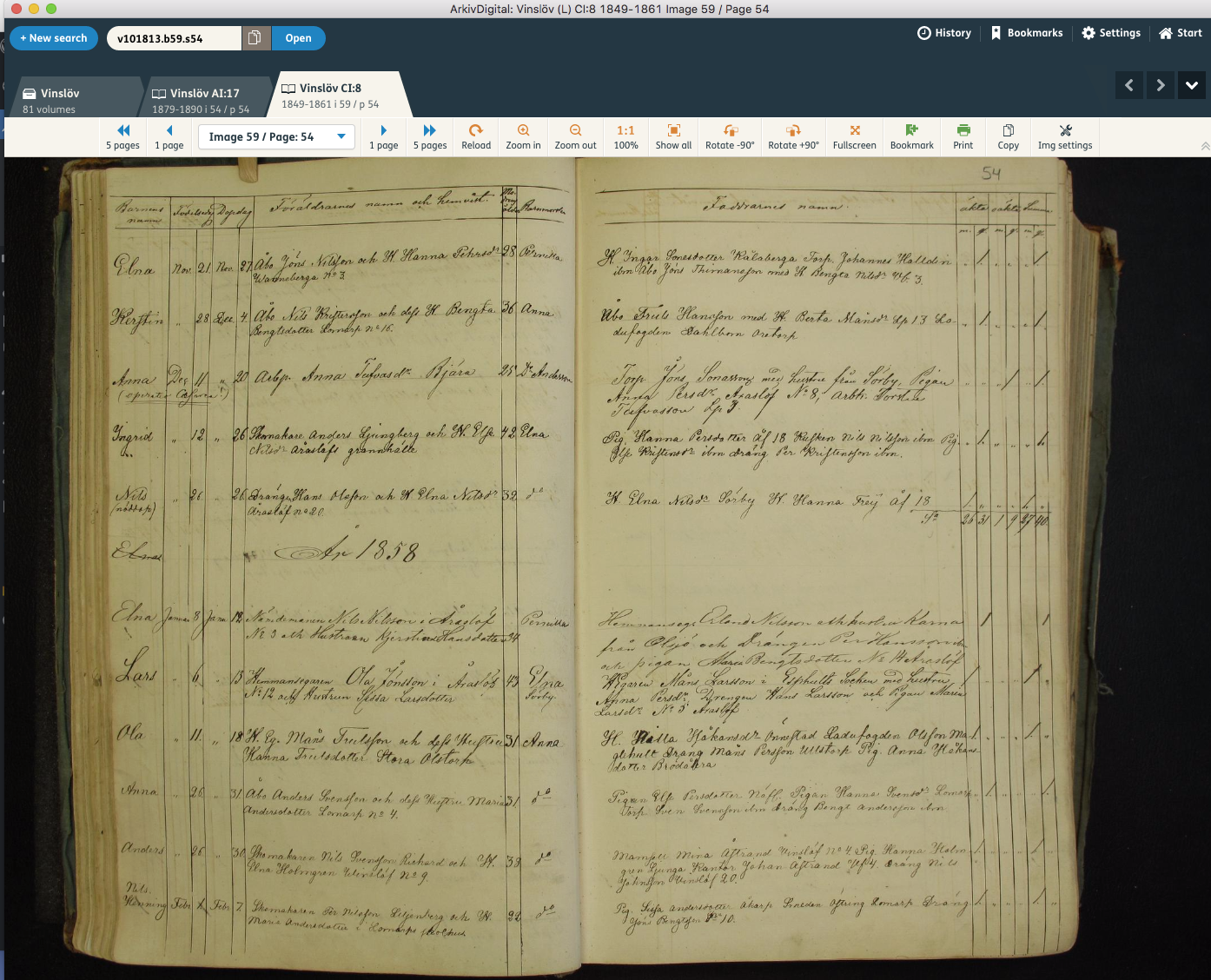 Thank you for listening. Email questions or comments to linda@cousinlinda.com or at the Facebook page.