In the same photo album where I found the picture of Perry Olson in my last post there are two other identified pictures. 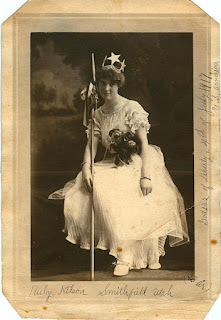 I also have a picture of her father, Samuel Peter Nilson (July 13 1863 – October 5 1945). It is the same picture he uses on his passport application issued April 13 in 1920 (can be found at ancestry.com). The picture is taken in Malmö, Sweden.  He went to Sweden a couple of times doing missionary work. 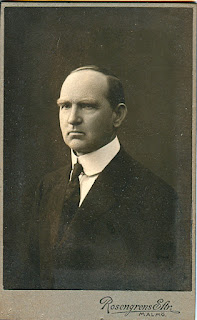 Pictures of their headstones (and the other members of the family) can be found at Find a grave.

I am still trying to find how they are linked to me, related or friends of the family.