December 20: UPDATED: SPOILER ALERT if you haven’t seen The Force Awakens yet.

One tricky thing doing family history is when you look into the church books and it says: F.ather: unknown. And that is not only in our universe… So, I am a Star Wars fan. Well, I don’t have tickets for the premiere today of The force awakens but I’ve seen the movies plenty of times and I like them. I enjoy going to sci-fi events and I’ve met Dave Prowse which of course was a really, really cool moment.

With the help of Wookieepedia I tried to create the Skywalker family tree. As with the tricky Father: Unknown, it is the same with the father of Anakin Skywalker/Darth Vader, who was he? That is really a huge brick wall.

Anyway, before known as Darth Vader his name was Anakin Skywalker, the son of Shmi Skywalker but no-one seems to know who his father was. Now, the Y-DNA of Anakin would be a really cool thing to have, right?

Anakin married Padmé Naberrie aka Padme Amidala. She died when giving birth to Anakins’ and her twins, Luke and Leia. It was about the same time as Anakin, very badly wounded by Obi-Wan Kenobi, was saved by Sheev Palpatine and turned into the Darth Vader we know. Palatine also lied to Darth Vader saying that it was Darth that was the one who killed Padmé. 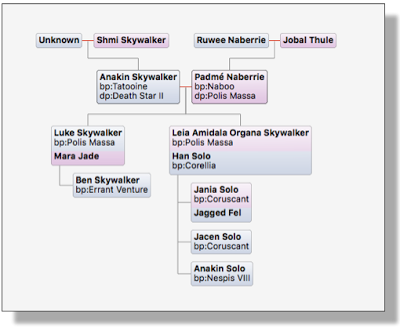 To hide the children from Darth Vader and the dark side, Leia was adopted by Bail Organa and his wife Breha. Leia grew up on the planet Alderaan.

Luke was taken care of by Owen Lars and his wife Beru (Whitsun) on the planet Tatooine. 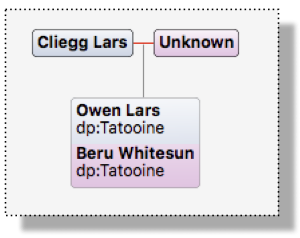 Owen Lars, was the son of Cliegg Lars who later was married to the mother of Anakin, Shmi Skywalker making Owen Lars and Anakin Skywalker stepbrothers.
In the Expanded Universe of Star Wars you will find the children of Han Solo and Leia: the twins Jania and Jacen Solo and their younger brother Anakin Solo. You will also find Ben Skywalker, son of Luke Skywalker and Mara Jade. I have added them to the tree as well. 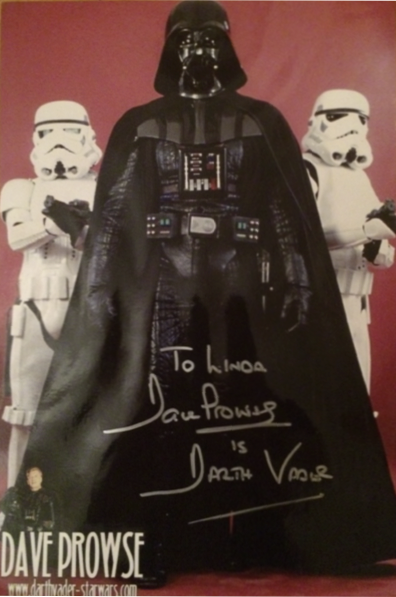 UPDATED December 20 2016.
So, today I saw The force Awakens and after that I have updated the tree with what is in the Star Wars Saga and not the Extended Universe. 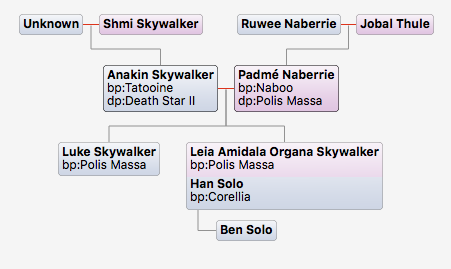